Translanguaging And Its Practices In TEFL Classrooms 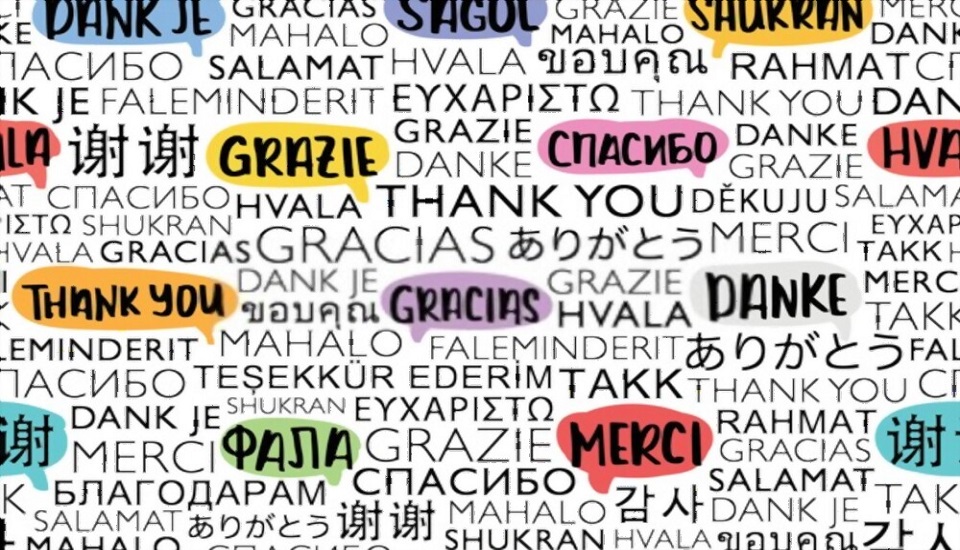 Bilingual education is quite a talk of the town because of the increase in diverse populations across the globe. EAL learners, i.e., students who learn English as an additional language often are bilingual and they learn English or any other language. English teachers frequently vote in favor of using different languages in the classroom, known as translanguaging, and they consider it an important learning tool.

What is translanguaging in the classroom?

In-class TEFL courses like the in-class TEFL program in Bangalore are encouraging translanguaging practices in the classroom. TEFL course in Bangalore is promoting the awareness of learning more than one language (at least the basic level) for English teachers so that they can become successful bilingual teachers who’ll teach in an EAL classroom where students are mostly bilingual.

“Translanguaging is the act performed by bilinguals of accessing different linguistic features or various modes of what are described as autonomous languages, in order to maximize communicative potential”

Let us show two scenarios that show translanguaging pedagogy and how much it is effective language learning for every learner.

In both of these scenarios, English is an additional language to both of them. They’re using information from different sources to learn English and trying to break the language barrier between themselves. They’re aiming at making their communication smoother and more effective.

Globally, the growing popularity of translanguaging in education emerged from numerous pessimistic mindsets about bilinguals and bilingualism in the first half of the 20th century. This included the addition of a second language which will be more like replacing the first language as the monopoly of the first language grew quite robust. It helped in diminishing bilingualism (Garcia, 2009a; Lambert, 1974).

While working within modernist thought processes of the whole world Lambert (1974) specified language education for bilingual populations as following a subtractive or additive model. Subtractive bilingualism was characterized by the replacement of bilingual speakers of their minoritized language with the society’s dominant language. Usually, this model was prevalent among many indigenous and low-income racial, and language-minoritized peoples all over the world.

When it was about the elite and affluent section of society and in periods and places characterized by linguistic tolerance, an “additive” model of bilingualism was more acceptable. In this scenario, someone who is already a member of a community had a language used in the majority added a second language to their repertoire, maintaining both. This person is proficient in both of these languages.

While the additive model may demonstrate more respect for the language perceived as an individual’s first language, like the subtractive model, it operates within a monolingual and monoglossic frame of reference. Bilinguals are expected to be balanced, and operate as two monolinguals in one (Grosjean, 1982); that is, they are assumed to perform exactly as would a monolingual speaker of each language.

Besides, translanguaging pedagogy develops both of the named languages that are the object of bilingual instruction specifically because it considers them in a horizontal continuum as part of the learners' linguistic collections, rather than as creating a wall between hierarchical relationships. 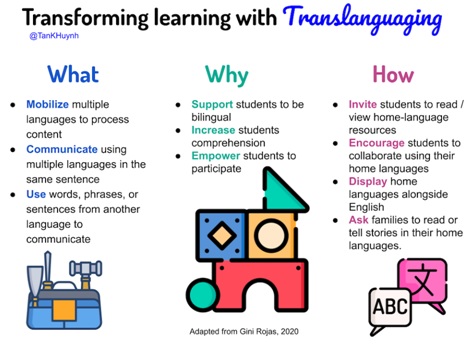 Strategies to perform translanguaging in the classroom:

During a classroom assignment, once a TEFL teacher gave an assignment to every student by diving them into small groups. It was about to write names of their favorite flower, food, and animal. Once they were done, the English teacher asked them to read their assignments out loud to the entire class in their home language. This was the scenario that led the teacher to introduce the concept of translanguaging in the classroom.

This is how the translanguaging concept is working in every TEFL classroom. Hopefully, now it is quite evident why the in-class TEFL program in Bangalore is promoting the merits of such a unique learning concept. It is not about learning a different language but the main agenda is to make communication clear and transparent.